Maine Potatoes at The Big E's Avenue of the States

More from the Eastern States Exposition: The Big E | The Big E Massachusetts | Connecticut at The Big E

The big attraction at the Maine building on the Avenue of the States was the baked potatoes. These potatoes draw many visitors each fall to the The Big E in West Springfield, Massachusetts. Even on the relatively uncrowded weekday of our visit, there was an impressive line for the spuds.

The Path to Baked Potatoes 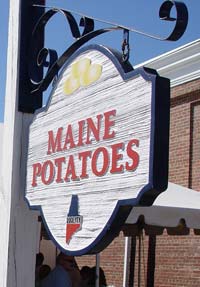 The Maine building had a separate entrance just for baked potatoes. 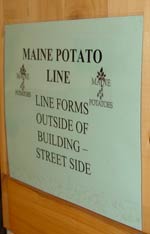 With the high demand for Maine baked potatoes, crowd control was a priority. Apparently we weren't the only ones who thought (mistakenly) that we could avoid the line by going through the main entrance. 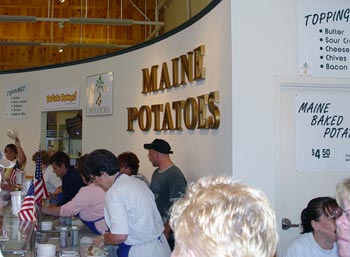 The potato professionals at the Maine Potatoes place helpfully prepared each baked potato to suit the customer's tastes. 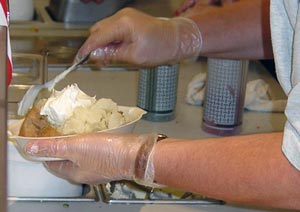 They were very generous with the toppings. 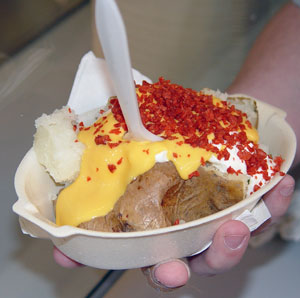 Here's the customized baked potato that Keith Shaw (Taquitos.net's Secretary of Snacks) got. 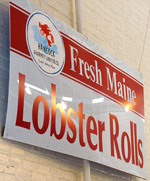 The Maine building's claim to fame is the potatoes, and that's all the better for those of us who wanted a lobster roll, because there was no line for those! 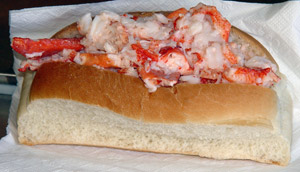 Here's the Maine lobster roll that I ate. 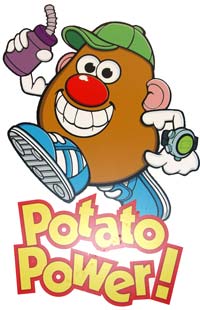 A poster in the Maine building promoted the benefits of eating Maine potatoes. 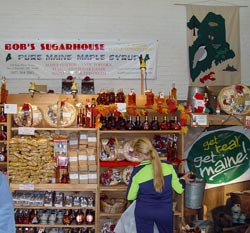 Bob's Sugarhouse in the same building offered maple syrup and other Maine foods. 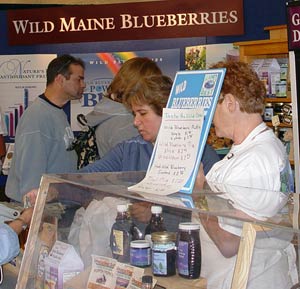 The Maine building also offered an abundance of blueberry-based foods.

More from the Eastern States Exposition: The Big E | The Big E Massachusetts | Connecticut at The Big E