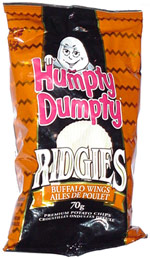 Taste test: These only sort of taste like Buffalo wings. 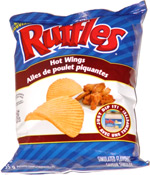 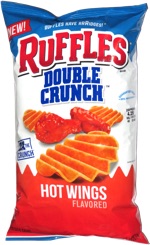 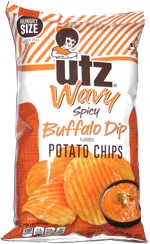 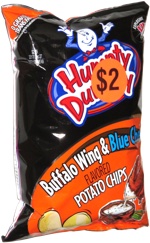 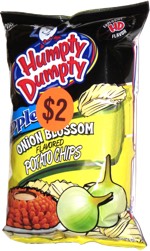 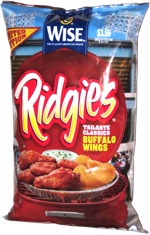 They've got a nice, tangy, slightly hot flavor, vaguely like Buffalo wings, but also kind of like barbecue chips. They're pretty good, and they're closer to actual Buffalo wings flavor than the La Cage Aux Sports version.

From the package: Ingredients include vinegar solds ... “Got a taste for more? With Humpty Dumpty there's more for you. From Party Mix to Cheese Sticks, Potato Chips to Popcorn, Ringolos to Nachos, and everything in between, you'll love love Humpty Dumpty more with every mouthful.”