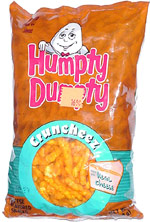 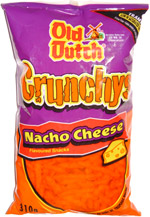 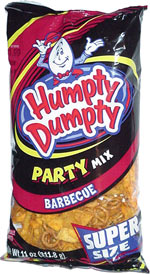 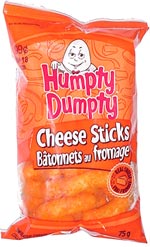 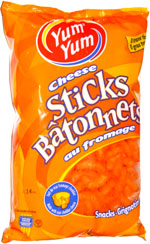 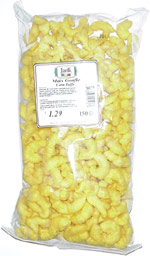 It's just the right blend of fake cheesiness and underlying corn from the twists themselves. The crunch felt just right, not eardrum-splitting nor mushy. These also get bonus points for low levels of cheese residue. I dropped a couple on my very pale khaki pants, and they left a smudge barely visible to the naked eye. Finger staining was typical, but nothing that a napkin couldn't wipe off. Just one downside: There seemed to be a dearth of the big Cruncheez, a.k.a. Cheeto de Milo.

Smell test: Light cheese aroma, with a touch of corn.