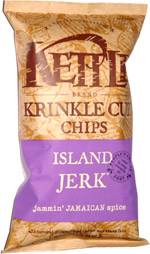 Taste test: These wide-rippled, golden yellow potato chips (one of the five varieties in Kettle's People's Choice 2007 promotion) were thick cut and very crisp, with a great kettle-cooked crunch. 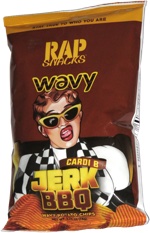 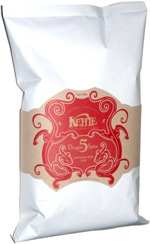 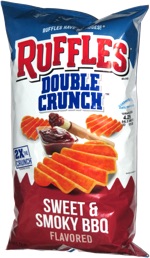 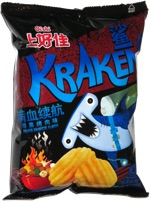 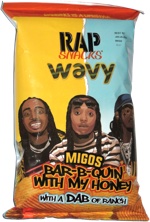 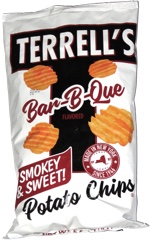 They had a lot of dark seasoning on them, and the jerk flavor was strong, spicy and very tasty, with a lingering hot aftertaste. The intense flavor and mix of spices made these barbecue chips really stand out from the barbecue crowd. I wouldn't put them on the same world-class tier as Kettle's Spicy Thai flavor, but they were still quite good.

From the package: “Authentic Jerk. No, we're not calling you names. We're talking about the real deal in Jamaican jerk spice — that mash-up of fiery island spices like chili pepper, black pepper, cinnamon, allspice, cumin and thyme. The result is a festival of flavor as bright and delightful as a school of tropical fish. We'd get stranded on an island with this flavor any day. How about you?”