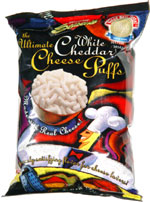 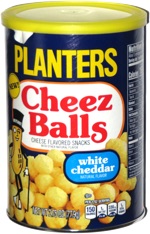 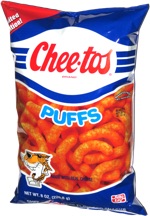 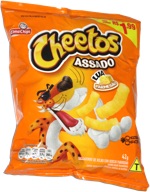 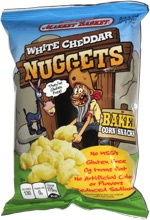 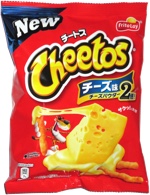 The taste and texture were top notch, with a real cheese taste and a melt-in-your-mouth softness on most puffs. A few of the puffs had a slightly styrofoamy feel. The puffs were narrower than most cheese puffs, such as Jax, and most of the puffs were nearly straight, with very gradually curled ones being the exception. The puffs were a pale yellow in color, which was inconsistent with both the name of the snack and the picture on the front of the bag.

Smell test: An intense cheese smell, just on the edge of too cheesy.

From the package: “Cheese! It's always been America's favorite topping for snacks. Now Michael Season's invited you to indulge in his Ultimate Cheese Puff. A cheddar cheese puff that is pure eating enjoyment.”