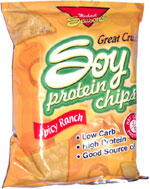 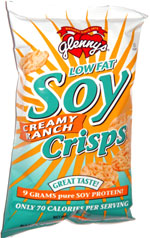 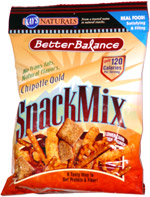 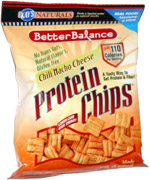 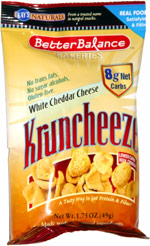 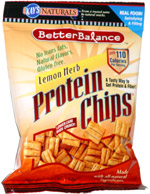 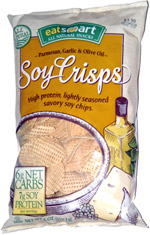 Most were somewhat curled, rather than flat. They had a pale yellow color, with various sized bubbles scattered randomly throughout each chip. The chips were very crunchy and crisp, with a less brittle crunch than you get from corn-based snacks such as Doritos, but still pretty good. The taste was a mild sort of ranch flavor at first, not a bad taste at all, but not nearly as loaded with flavor as a Cooler Ranch Dorito. There was also a hot aftertaste, which seemed to be fighting and winning the battle with a less desirable soy aftertaste, leaving you with a decent sensation at the end, rather than the awful dominant soy aftertaste that some soy chips have.