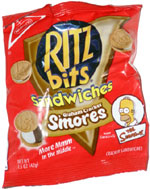 Taste test: With thousands of snacks already reviewed on Taquitos.net, we normally would not get excited about discovering a slightly different variety of a snack we've already tried. 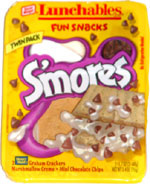 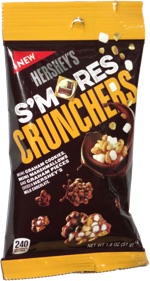 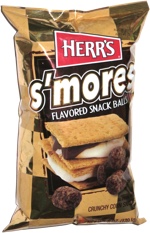 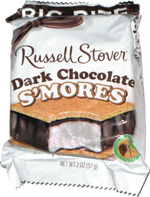 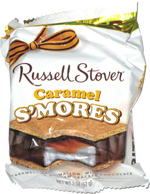 This was a definite exception to that rule, as I spotted Homer's smiling face in the office vending machine and immediately knew that I had to buy these, even though I had already eaten a version without anyone's faces on them. There were 13 sandwiches in the bag. Each sandwich actually included two Simpsons faces, one on each cracker. This bag had 7 Lisas, 4 Marges, 3 Barts, 6 Homers and 6 Maggies. Most of the sandwiches had two different characters on them. The exceptions were two all-Maggie sandwiches and one all-Homer sandwich. The sandwiches were filled with half chocolate and half marshmallow between two round graham crackers (not actual Ritz crackers) and they tasted pretty good. A must-eat for Simpsons fans.

From the package: “More Mmmm in the Middle™”