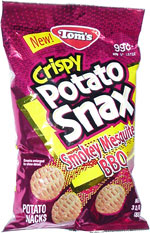 Taste test: These are hollow, hexagonal-shaped snacks made from potato flakes, similar in composition to something like Pringles, except molded into a different shape. 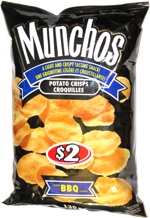 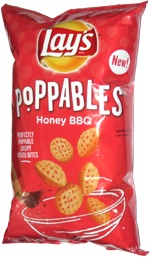 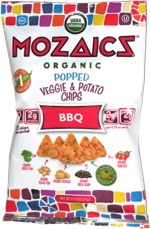 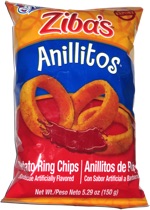 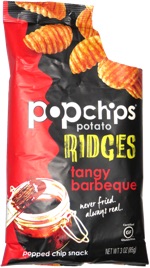 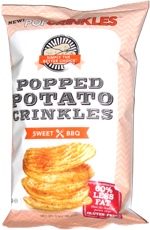 They're OK, with a decent, slightly tangy barbecue taste. Unforunately, they do have a slight blandness to them, as most things made from potato flakes, rather than actual potato chips, tend to.

From the package: “Got the munchies? Looking for a snack with great big taste? Try Tom's bite-sized Crispy Potato Snax. Tom's Potato Snax have an irresistible potato flavor and a light crispy crunch. Do you know why they taste so good? Because they're made by Tom's and they're smothered with Smokey Mesquite BBQ seasong. So go ahead ... chomp on some Tom's Potato Snax.

This snack was discovered by Jeremy in Orlando, Florida. Review published .