Taste test: The shapes of these cookies seek to depict a variety of airplanes, from modern to antique to cartoonish. 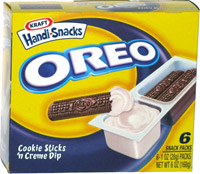 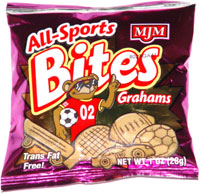 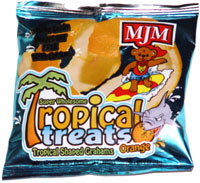 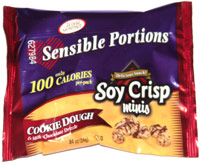 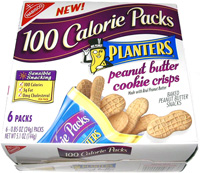 It was kind of confusing at first, because some of them barely look like planes at all, and the overall shape of the cookies isn't really the same as the airplanes — the plane shapes are sort of like line drawings depicted as a raised ridge within a larger and rounder cookie. Even weirder was the fact that many of the cookies were broken in two — not the most comforting thought if you're actually eating these on the plane (I saved mine until I got home). But they're pretty good cookies, kind of like animal crackers, fairly sweet and tasty.

From the package: The packaging of these cookies is quite an enigma. It appears to depict two Delta airliners in a near-miss situation, both making very sharp and dangerous turns in a very unusual maneuver. I can't imagine why Delta allowed this to be depicted on a box of cookies sold on its flights. ... “Happy Plane character depiced on cookies used with permission of Lion Marketing, Atlanta, GA”

Trivia: These were sold aboard a Delta flight from Orlando to Boston for $1 as a benefit for some charity.

This snack was discovered aboard Delta Airlines. Review published .