In the tiny state of Rhode Island, the arrival of the state's first Krispy Kreme Doughnuts store in Kranston (formerly Cranston) was a major event. I stopped by just before lunchtime the day after the store opened. 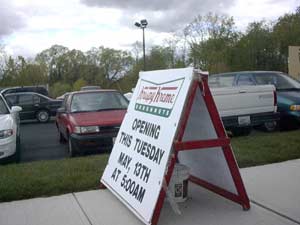 A sign outside let everyone know about what will likely become known as the biggest event in Rhode Island history.

Here's a look at the outside of the store. Note the line to get in (it took about 10 minutes just to get through the door) and the Hot Doughnuts Now sign (at left). 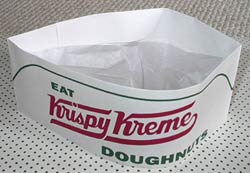 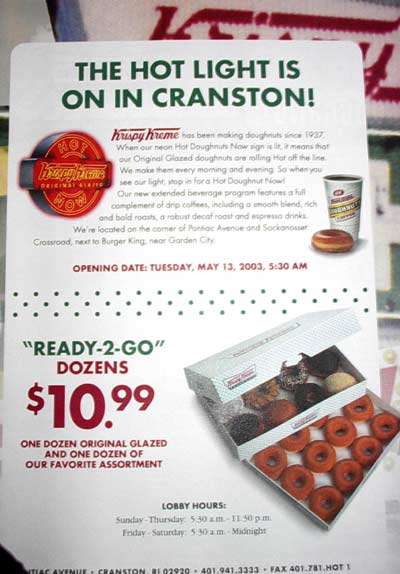 This is the special promotion for the Cranston store opening. 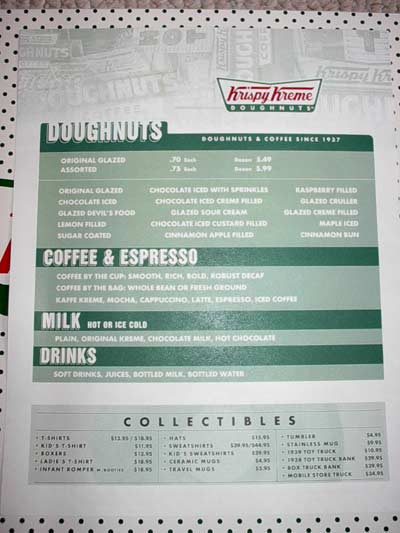 The menu offered a number of delicious options.

Here are the two boxes I got. 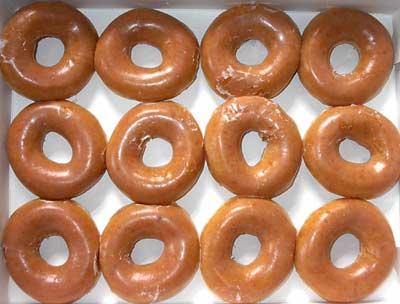 My first box was all Original Glazed. 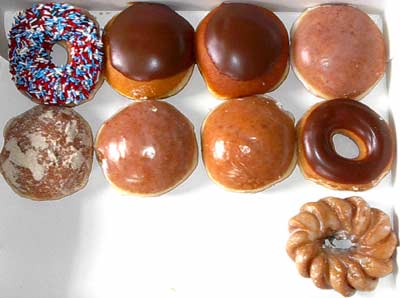 Here's what was left of the assortment in my second box — after I ate 3 of them on the way home.