Without a doubt, the best kind of truck on the road today is the snack truck. Without snack trucks, we'd all be a lot hungrier. We've been traveling the world in search of every snack truck that we could find.

The Herr Foods factory in Nottingham is a Mecca for snack trucks large and small.

A Herr's van arrives at the plant to join the many other trucks already gathered there. 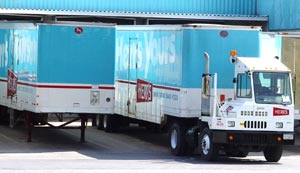 A tractor prepares to pull a large Herr's truck out of the loading dock.

Meanwhile in the back lot, a whole fleet of trucks awaits the creation of more salty snacks.

Shop 'Til You Snack 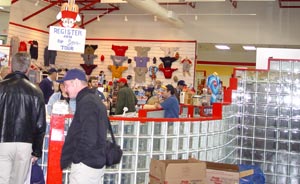 Don't come to Nottingham just for the trucks. Herr's also offers a factory tour, and it's a great way to see how they make potatoes into delicious salted snacks. Nothing makes you hungrier than watching chips get made, so there's a small restaurant in the lobby where you can grab some lunch. Plus, there's a gift shop offering discounted chips, cheese puffs, pretzels and more, along with a wide selection of Herr's merchandise. The day I visited, they were giving out samples of some amazingly delicious chocolate-covered potato chips.

A trip to Orlando and other parts of Florida yielded a number of chip truck sightings. 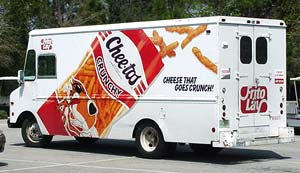 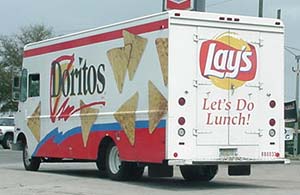 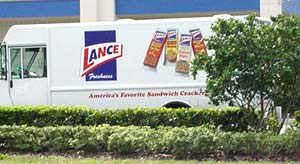 Spotted in Clearwater, Florida, on the way to a Red Sox-Blue Jays game in neighboring Dunedin.

Cambridge is famous for many things, but perhaps its greatest fame should be for the high number of snack trucks that are often spotted there. 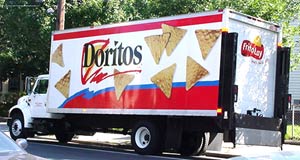 Spotted on Elm Street behind the Star Market in Porter Square on the Cambridge/Somerville, Massachusetts, line 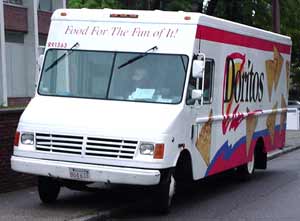 From here, it looks like a Doritos truck. Spotted next to Peabody School on Walker Street, Cambridge, Massachusetts 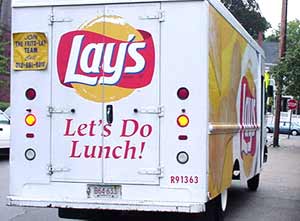 From the other end, it looks like a Lay's truck.

Spotted in the parking lot of the Porter Square Star Market 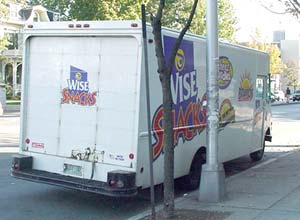 Spotted on Mass. Ave. between Harvard Square and Porter Square in the People's Republic of Cambridge

There seemed to be many more pork rinds in Atlanta than there were snack trucks. 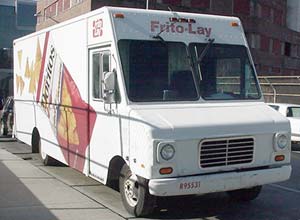 If you're looking for Humpty Dumpty trucks, the Montreal area is the place to go. 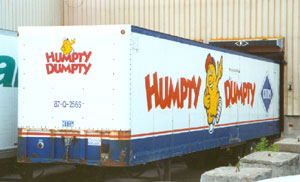 Parked in loading dock at Humpty Dumpty factory in Lachine, Quebec (near Montreal) 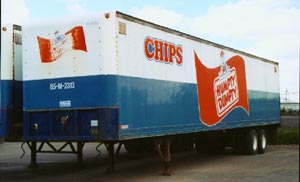 Spotted in parking lot of the Lachine factory 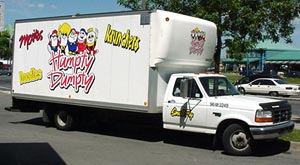 Here are some more places where we've spotted snack trucks. 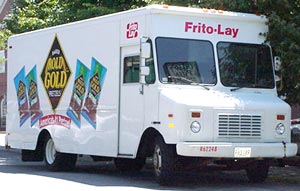 Parked at the White Hen Pantry in Salem, Massachusetts 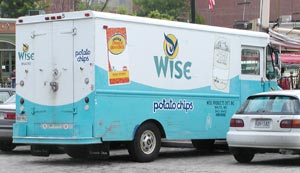 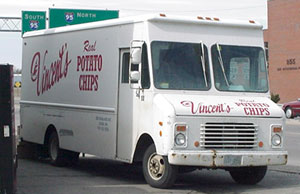 Spotted parked next to Mighty Subs in Needham, Massachusetts. 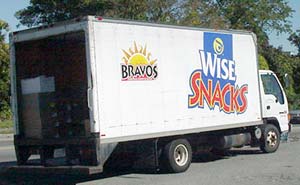 Spotted on Cape Cod next to the Arnold's bakey outlet

Parked on the South side of Market East in Philadelphia, Pretzelvania.