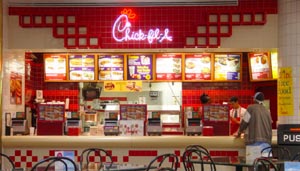 This restaurant is located on the lower level food court of a downtown shopping mall. 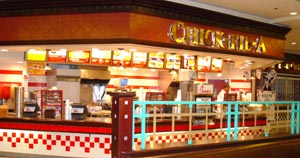 At the Market East Gallery's food court. Located across the way from a KFC. When I visited to get some Chick-fil-AM for breakfast, there were a few customers at the Chick-fil-A, and nobody was buying anything at the KFC. But then again, the KFC wasn't open for breakfast. 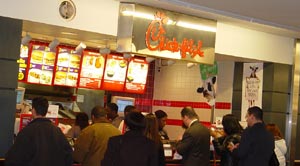 This one's located in the food court at Liberty Place. 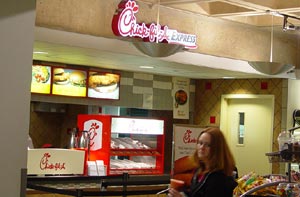 This one's in a small food court called "Real Food @ Penn" in the same building as the Class of 1920 Commons dining hall on the University of Pennsylvania campus. One of many nice additions to the Penn campus since the '88-'92 era. 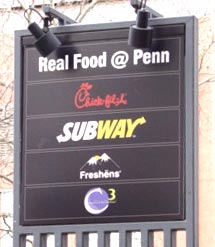