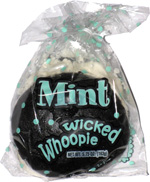 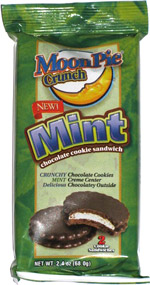 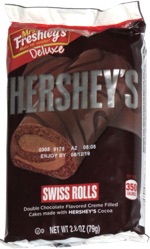 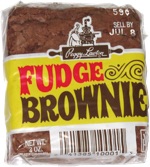 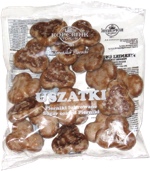 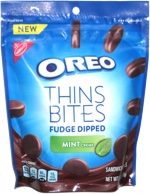 The creme didn't go green as you might expect from a mint creme, as it was as white as can be. It took just one bite to love this pie, as the cakes were chocolatey and moist, and the creme layer was smooth, minty and even moister. The Nutrition Facts said the whole pie is two servings, but it seems unimaginable that anyone could only eat half, and I sure didn't.

From the package: “Isamax Snacks® was established in 1994 when founder Amy Bouchard began baking pies and selling her 'Wicked Whoopie® Pies' from her home kitchen in Gardiner, Maine. The demand grew faster than she could bake. Amy opened her first bakery in 1996, and now millions of 'Wicked Whoopie® Pies' later, the most rewarding aspect of this business is 'making smiles everyday®'. ”

This snack was discovered by Beth N. Review published .