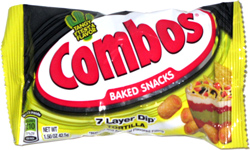 Taste test: This version of the tortilla Combos promised seven different flavors from the seven layers of dip. We couldn't find anywhere on the package where they specified what those seven layers were, but it still seemed pretty ambitious. Even the picture showed a bowl of dip with only four layers (two of them the same dark red) plus a bunch of stuff on top. 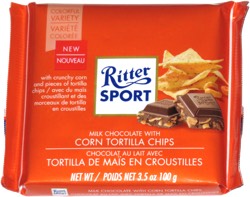 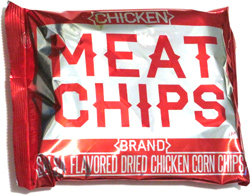 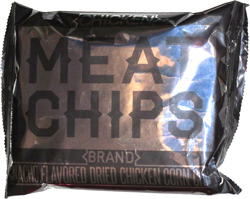 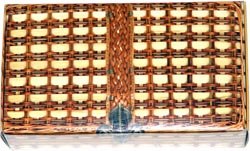 We crunched in to find a soft and crumbly but crisp feel and a surprisingly mild flavor for a snack that was supposed to combine seven flavors. It did taste kind of like a bean dip. As for tasting the other layers we expected — maybe sour cream, guac, cheese and salsa, for starters — there was very little, just a hint. When a non-dominant flavor like bean dip dominates those other tastes, that should say something. Still, no complaints about the flavor, it was pretty tasty, if mild.

From the package: “Natural and Artificial Flavored Filling” ... “An official partner of NASCAR” ... “Tangy fiesta flavor”