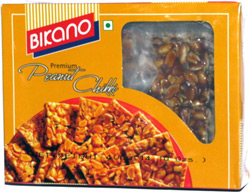 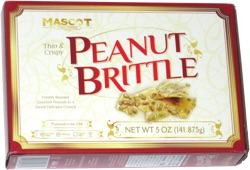 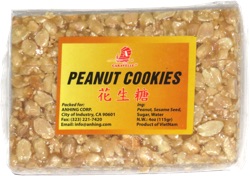 It looked generally similar to your typical peanut brittle, but maybe a but more heavy on the peanuts, with more nuts and less brittle. The suprising part was that the taste wasn't typical peanut brittle at all, but sort of like they took peanut brittle and mixed it with licorice (and one of the ingredients was fennel). Our tasters liked it a lot, though some people found the pieces to be too big and ended up breaking them in two to split between two people.