01.22.2016
Oreos have become a big part of Taquitos.net of late, as the increase in eclectic flavors like Watermelon, Lemon Twist and Cotton Candy has propelled our stable of Oreo reviews to 53 varieties. Oreo Churros are a whole different thing, as they come frozen and need to be baked (or, you could say, warmed up) but I still knew that I'd have to try! 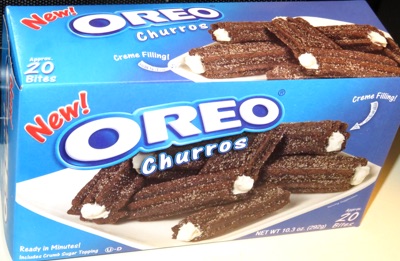 I found the box in the frozen aisle, just beyond the end of the ice cream section. It promised "Approx. 20 Bites" so apparently these were much smaller than conventional churros.

The box also revealed that the churros are not actually made by Nabisco/Mondelez, but under license by J&J Snack Foods. The really cool thing that I learned about J&J is that they own the domain churros.com. Apparently they're a big name in the churros business. 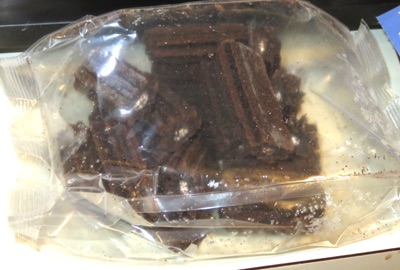 This is the bag that was inside. The churro bites didn't look quite as great as the picture, but they hadn't been prepared yet, so I was still giving them the benefit of the doubt. 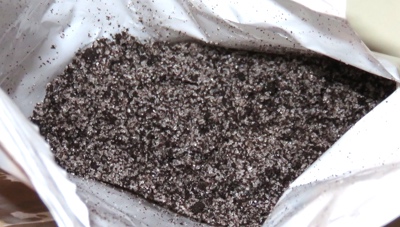 It also came with a bag of Oreo Crumb Sugar topping. Here's a look inside. It sure looked very sugary. 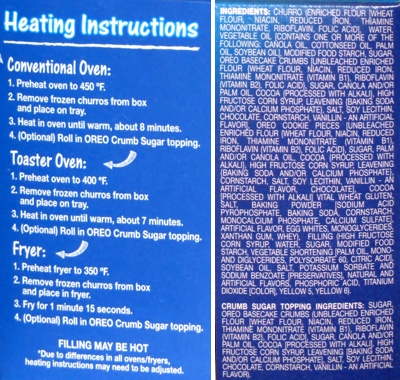 The very simple instructions sold me on actually buying them. (I'm not big into cooking things.) 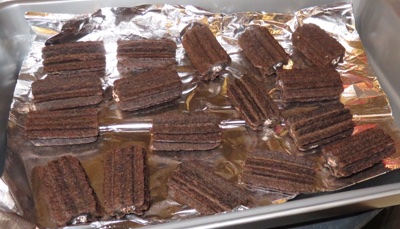 Here are the churro bites after I spread them out on a cookie sheet. It turns out that "Approx. 20" meant 17 in this case. 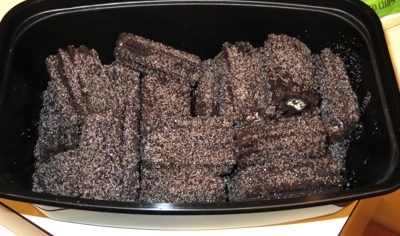 Here's the finished product after rolling the hot churros in the Crumb Sugar Topping. They were pretty good.

The actual churros had much less filling than the picture on the box seemed to show. But they basically delivered on their promise of an Oreo taste with a churro texture. Even a few hours after preparation, the feel was fairly soft overall but slightly crunchy on the outside. The creme filling tended to squirt out the ends when biting into a churro, but not so much as to make a huge mess. I ate one myself and shared the other 16 with a large group of snackers, to many rave reviews.