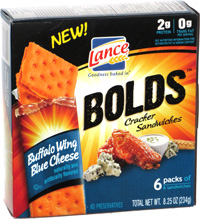 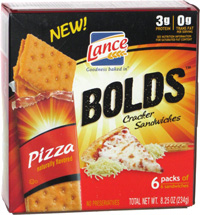 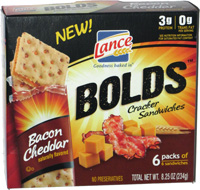 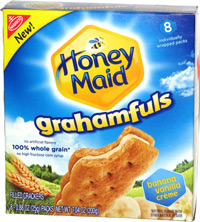 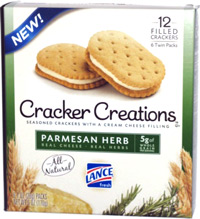 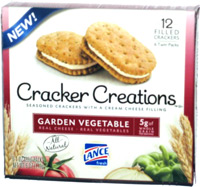 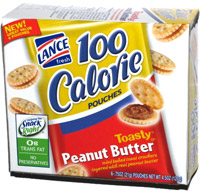 But those were just looks, as we crunched in to confirm that they were indeed Buffalo wing and blue cheese flavored. The sandwiches followed the standard format of six square sandwiches per pack, with six packs in the box. The flavor really hit the mark, a spot-on match for Buffalo wing sauce and blue cheese, with even some heat, The heat even stayed around for a hot aftertaste too. Very tasty!

From the package: “naturally and artificially flavored”