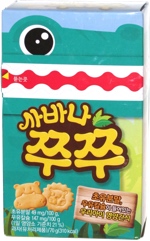 Taste test: These were some of the best animal cookies I've ever tried!

Let's start with the shapes: There were lots of different kinds, at least 11 that I could find, and they done in a nice cartoonish style that still made the kinds of animals recognizable. I identified a bear, mouse, rabbit, dog, hippo, cat, pig, tiger, lamb and (I think) a somewhat differently shaped hippo. One of the shapes was not an animal on its perimeter, as it was kind of a sun shape, but with an animal (yet another hippo, I think) rendered in the center.

The final great thing was eating the cookies: They were lightly crunchy, crisp and buttery, almost like Ritz Crackers, but with a different texture. And here's yet another great thing, if it's OK to pile on here: There were lots of cookies in the box, and nearly all of them were unbroken. Excellent. 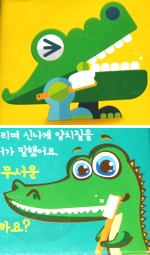