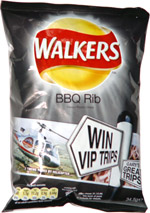 Taste test: These potato chips had a golden yellow color, with no seasoning visible on the surfaces. 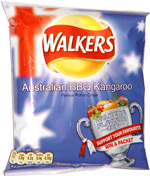 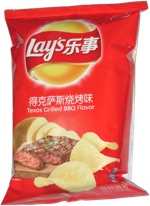 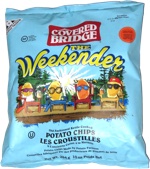 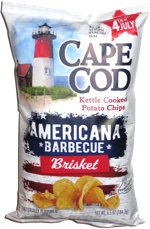 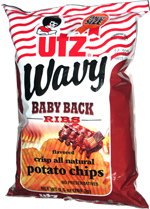 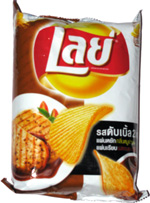 The chips were cut thin, with a few bubbles inside and small bits of skin visible on some their edges. I was expecting lots of barbecue flavor, but the flavor turned out to be extremely mild. I wouldn't say that there was no flavoring at all, but there was barely any. It wasn't really a barbecue taste like any I've ever tasted, just a very mild mix of subtle spices on the first few chips I ate. I ended up eating over half the bag in one sitting, and after those first few chips, I could pretty much taste just the potato, not the seasoning.

Smell test: Wow, quite a different mix of spices than the usual barbecue. Reminds me of Thai food.