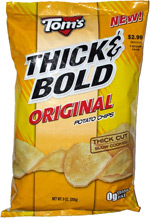 Taste test: Tom's sort of rewrote the rules of potato chips with this product, as it went against convention in multiple ways. Looking at the bag's yellow and orange color and the words "Original Potato Chips" we expected your standard recipe of potatoes, oil and salt, except with a thicker cut. But I made the good decision of reading the back of the bag before I opened it and found out that this "Original" recipe actually had some brown sugar added to the mix as well — a first, as far as we're aware for "Original" potato chips. 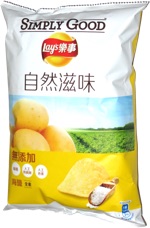 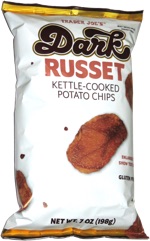 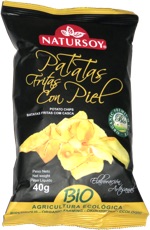 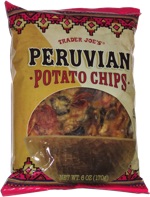 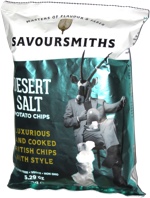 I crunched in to find that the chips were indeed thicker than your usual chips, though not quite as thick as some of the well-known thick brands, such as Tim's and Dakota Style. The taste was good, with a nice mix of potato, salt and brown sugar. The amount of brown sugar varied from one chip to the next, with some having barely any, but even in the ones that did have a noticeable amount, it was subtle but gave these a nice taste all their own.

From the package: “Thick Cut Slow Cooked” ... “My new Thick and Bold Potato Chips are big on crunch and big on flavor! I start with the best potatoes, slice 'em thick and cook 'em slow for the most robust flavor and crunch in every bite. My special recipe Original Potato Chips have just a hint of real brown sugar. Yes! The combination of salty with a touch of sweet is oh so good!”