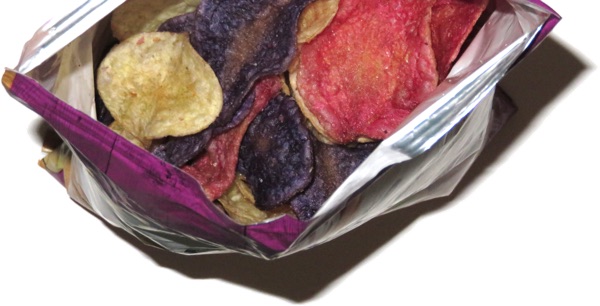 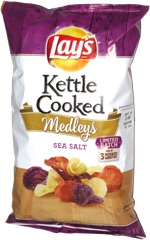 Taste test: These chips appeared to have the same three colors of potatoes — dark purple, light purple and yellow — as the Old Glories from Saratoga chips, but thankfully Lay's played the color combination as a "medley" rather than claiming it was red, white and blue like Saratoga did.

The chips looked nice, with wiggly shapes and bubbly surfaces adding to the nice color variety. I crunched in to find a fairly consistent texture and taste among the three kinds, and that was a good thing, because they all had a nice crunch and were fairly crisp, with a good raw potato type of flavor that was brought out nicely by the sea salt.