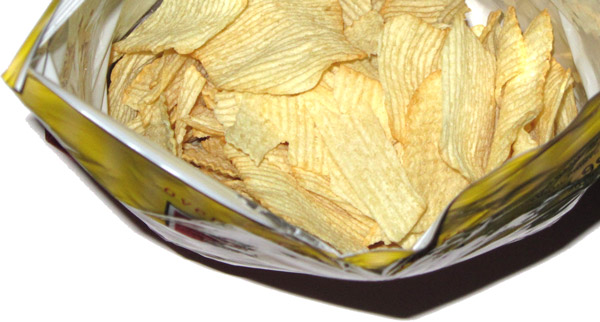 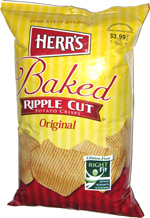 Taste test: These potato crisps had narrow, very shallow ripples, and the chips were very oddly shaped, though some of them were quite large.

We crunched in to find a nice crispness and good crunch, with a nice hit of potato flavor. It didn't taste like there was a whole lot of salt. The taste was a lot like Pringles, but what made these stand out was the nice texture and crunch, which was far superior to most other baked potato crisps.

From the package: “Gluten Free” ... “Rippling With Goodness.” ... “In Herr's® Baked Ripple Crisps, the satisfying texture of a classic ripple cut potato chip meets the wholesome goodness of an oven baked crisp. And the rest is snacking history.”