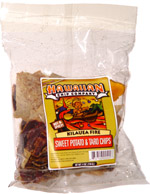 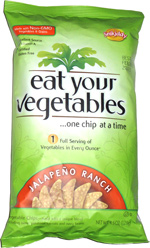 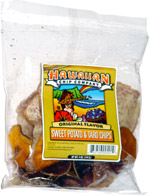 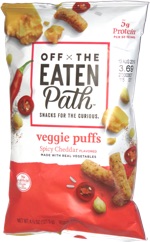 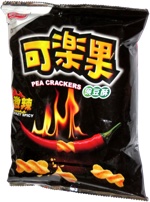 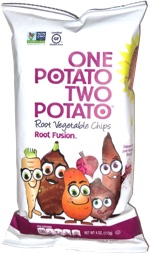 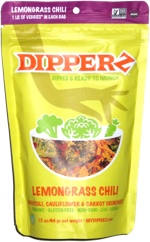 The taro chips were large and mostly beige with what looked like purple ball point ink smudges all over them. The sweet potato ones were smaller, and they looked odd, as some of them had the standard sweet potato color, while others were dark purple. The tastes of the two kinds tasted were quite different and both good, though neither was particularly crisp, especially the sweet potato chips. They had a hot aftertaste that was very nice. It helped to have some drinking water handy, as some of the chips had a pretty significant amount of heat. Very good chips.