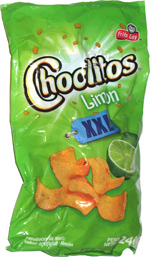 Taste test: When we were handed this green snack bag from Colombia, it looked like the chips would be similar to Fritos, except that they were flavored with lime. But when we opened it up, several differences quickly emerged, The chips had a slightly lighter yellow color than Fritos, with similar black spots. They were cut a bit wider than Fritos, and their shapes were less curvy

We crunched in to find that the chips were cut much thinner than Fritos and had a much more brittle feel. There was enough lime flavoring that the taste bore little resemblance to regular Fritos — the lime was far more intense than any salty corn flavor that was present, so lime was just about all we could taste. If you don't like lime, don't even think about it, but if you're willing to try a much different corn chip and like your lime, give these a try.

This snack was discovered by Andrea Gutierrez in Colombia. Review published . 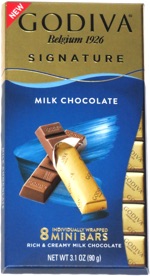