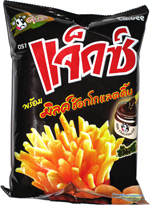 Taste test: Just about everyone likes fries, and chocolate's quite popular too, so apparently the inventors of this snack figured they can't go wrong by combining both. The outside of the bag depicted some fast food-style fries in a fast food-style fries sleeve — with strong similarities to the McDonald's fries look. I opened the bag to find fries shaped as much like McDonald's fries as we've seen from any bagged snack fries. The bag also contained a packet of liquidy milk chocolate. 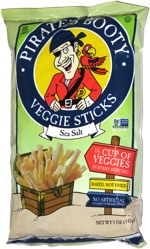 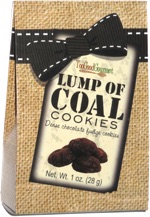 I crunched in to find that the fries had a similar texture to many other Asian potato snacks, but they did have a very fry-like seasoning and tasted very good. They didn't taste or feel like actual freshly fried fries, but I wouldn't expect them to, as that's likely impossible. It took some effort to open the large chocolate packet (shaped like a ketchup packet, fittingly enough) and even more effort to squeeze out the chocolate sauce onto my plate. The chocolate sauce was kind of like frosting, and it was so thick that it was easy to break a fry when attempting to dip it. But when I ate some fries that were dipped in the sauce, it turned out that the combination of chocolate and fries (a new one for me) wasn't bad at all.

This snack was discovered by Jeremy at ebay. Review published .