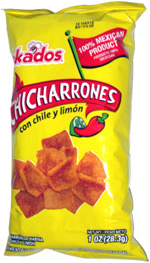 Taste test: These snacks were sort of like simulated pork rinds, with a similar look and a combination of seasonings frequently found on pork rinds, but they were actually not pork rinds at all, made with wheat instead of pork. 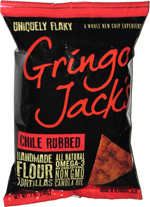 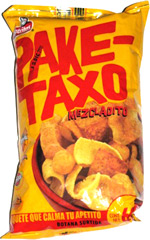 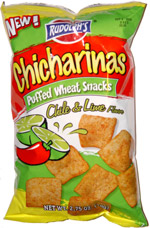 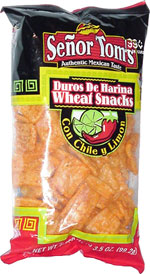 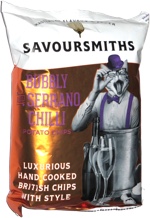 They were also thinner, less wiggly and had finer air pockets. They were quite tasty, as the chile and lemon mixed really well with the wheat-based chips, which had a nice crispness and light feel. There was some heat in the aftertaste. Our snackers liked the taste, and multiple people praised the texture as being particularly nice.

This snack was discovered by Jeremy at Food City. Review published .