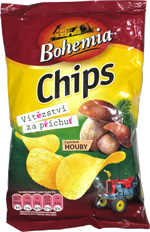 Taste test: The flavor for these potato chips translated into "Victory for mushroom" and that would be a rarity, as we've eaten more than a thousand kinds of potato chips but had yet to find a mushroom-flavored one until now. 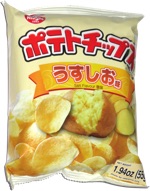 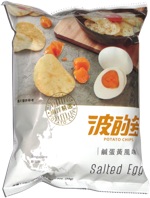 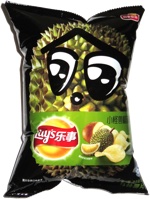 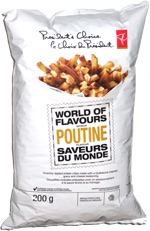 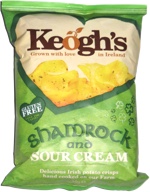 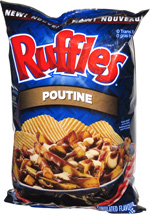 The chips had kind of a an orange-yellow glow, with generally flat shapes and skin on some edges. We shared the chips with some people who like mushrooms a lot, plus some others who are indifferent about 'shrooms. People generally liked the taste, and some said that they really did taste like mushrooms. A few of the mushroom fans were also big fans of these chips.

This snack was discovered by Sharon S in Prague. Review published .