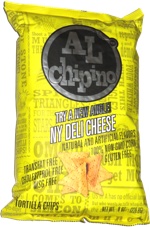 Taste test: These chips looked a lot like the Sea Salt & Black Pepper and Peri Peri flavors of Al Chipino tortilla chips, with smaller-than-Doritos triangular shapes, relatively smooth surfaces that had bumps and bubbles here and there. 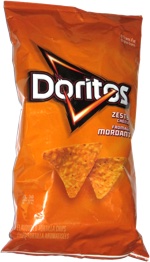 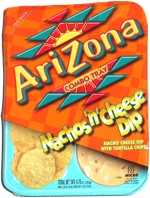 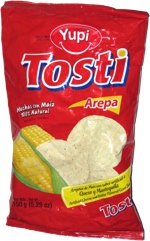 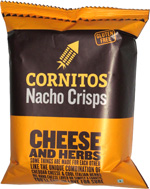 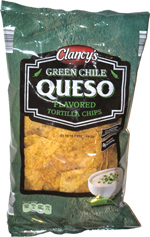 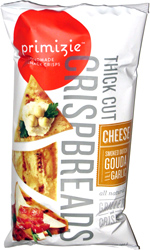 We crunched in to find a soft, dull crunch and a taste that was pretty mild by cheese-flavored tortilla chip standards — there was a lot less cheese than Nacho Cheese Doritos. But it's probably not the best comparison, as these never claimed nacho cheese, but rather "New York Deli Cheese" (which could really mean just about anything). Anyway, they were pretty good chips.

From the package: “Chip or stone yellow's the tone!” ... “Wanna bet these chips are more addictive than the chips in Vegas” ... “Equally supported by republiCANS and demoCRATES”