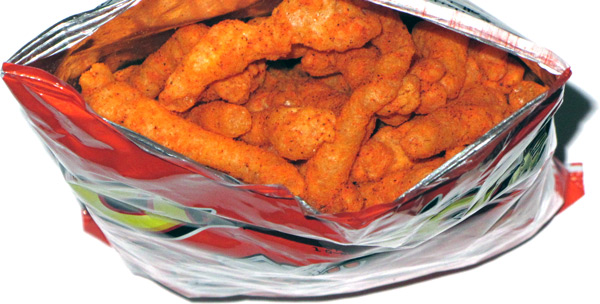 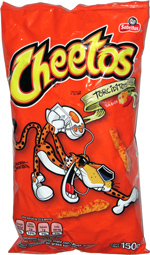 Taste test: This Mexican version of Crunchy Cheetos looked mostly like the American version, except in color, as the curls were overall medium-orange in color (not quite as bright as we've come to expect) with some very small, much darker spots on them.

I crunched in to find the usual Cheetos crunch and a nice cheesy flavor that was a lot like the original, but with just a slight hint of some sort of hot pepper at first. The heat grew a bit as I ate more. Still nothing major for heat, but it was a nice tasty mix of cheese and hot pepper. The heat stuck around for an aftertaste, still nothing dramatic, but a nice mild burn. Very tasty!