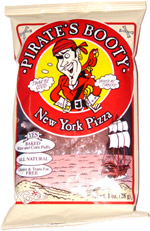 Taste test: This version of Pirate's Booty had the same shape as the original white cheddar version but the pieces looked much different, with a light orange color and some tiny bits of green. 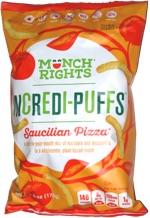 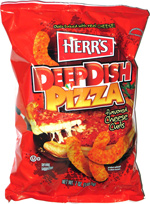 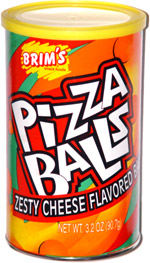 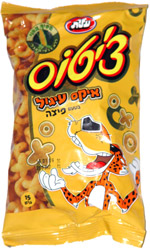 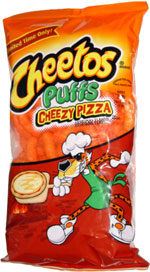 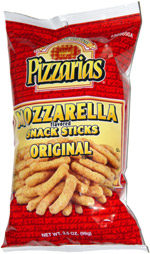 When our tasters crunched in, this flavor didn't generate much enthusiasm, as the pizza taste was kind of weak. Some of the pieces had noticeably more flavoring on them than the others, and those were a bit better, but the taste of most of the pieces was just not impressive. So these were kind of a disappointment.

Smell test: Sort of a mild cheese and tomato smell, but not really like a pizza.

From the package: “Ahoy matey! Drop anchor and discover our crunchy treasure, Pirate's Booty. These tasty puffs are baked to perfection with real, all natural ingredients. Pirate's Booty New York Pizza is a great-tasting snack made from rice and corn blended with tomat, real mozzarella cheese and Italian spices.”