Taste test: This box had five separate jelly bean-shaped compartments, each filled with a different flavor of beans based on a particular variety of Krispy Kreme doughnuts. Doughnut-shaped compartments would have been more clever, but it was still a nice packaging effort. 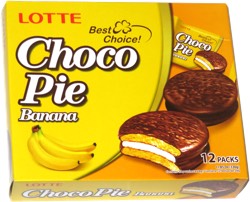 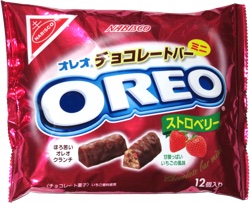 All of the flavors tasted good, but they varied in how well they matched up with their corresponding doughnuts. Best of the five was the Glazed Blueberry Cake, a great flavor match for a great doughnut. Also quite good was Chocolate Iced with Sprinkles, as the chocolate really did remind me of the icing on a doughnut. Cinnamon Apple Filled didn't impress me at first, but as I ate more pieces, I did increasingly notice the cinnamon and apple. Strawberry Iced was OK but nothing special.

The beans corresponding to the Krispy Kreme flavor that I've eaten the most of (largely consisting of free samples at their defunct Medford store), Original Glazed, were the major disappointment here. Try as I might, I just couldn't taste the Original Glazed doughnuts in them.

If they were to sell the Blueberry Cake ones individually, I'd definitely buy those again.

From the package: “Not a significant source of saturated fat, trans fat, cholesterol, dietary fiber, vitamin D, calcium, iron and potassium.” ... “Serving size 27 pieces” ... “4 calories per bean” ... “Made in USA”

This snack was discovered at Five Below. Review published .