Taste test: This special version of Hot Tamales had two different flavors mixed in the same box, with light green ones promising Apple flavor and bright red ones being Spicy Cinnamon. 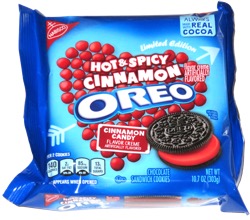 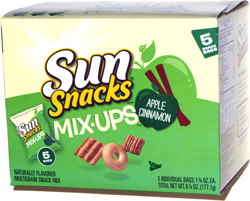 First I tried each kind separately. The green ones had a good apple taste, not sour but like a real apple, and not overly sweet either. The red ones seemed to be just standard Hot Tamales (which I happen to like a lot).

Next step was to try them both at once. When I did, the apple flavor dominated initially, then the cinnamon strengthened after that, for a nice mix of hot-pepper sweet cinnamon and sweet apple. Pretty good.