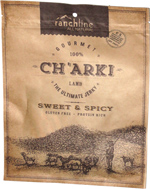 Taste test: This jerky had an unusual appearance, as it came in wide, irregularly shaped sheets with a grid-like pattern on one side of most pieces, plus some milky-looking white areas scattered throughout. Other than the white, the color was generally kind of a dark brownish red, plus there were some bits of peppercorn here and there. The feel was fairly rigid, but it was't difficult to rip off a piece. 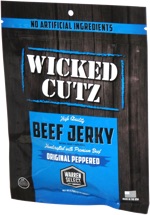 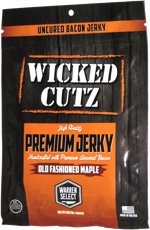 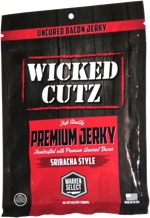 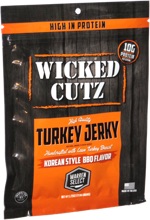 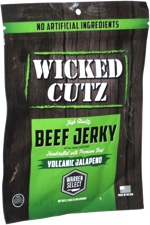 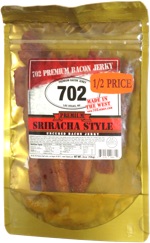 When I bit in, the feel was a bit stiff but softened up fairly quickly, and it was loaded with a nice mix of spices for a kick of sweet heat. We shared the bag around with some snackers, and the people who tried some were all very happy with the taste.